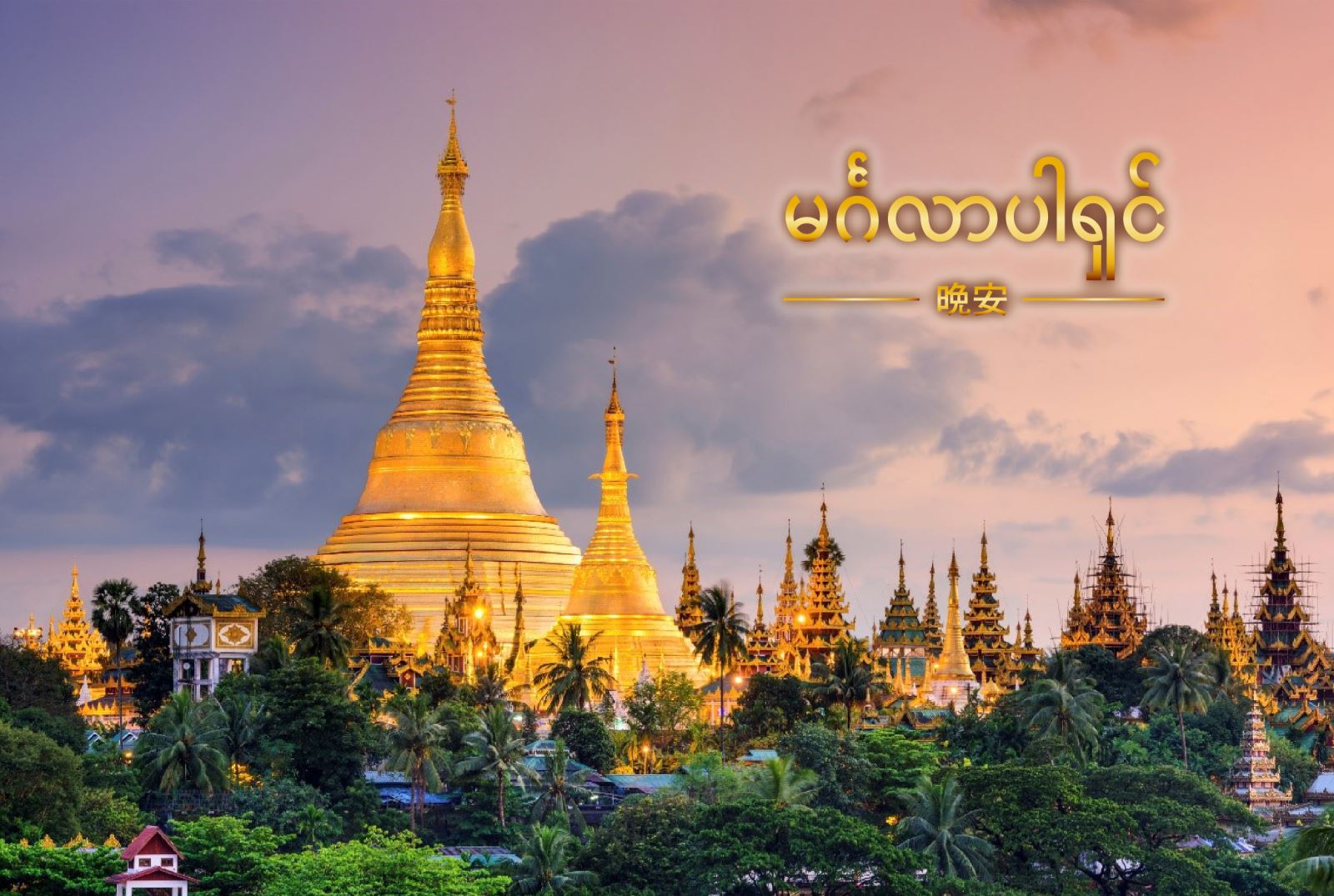 When mentioning Myanmar, the image of Aung San Suu Kyi, military junta, and the longing for freedom and democracy inevitably come to mind. As if together, these compose the entirety of the country. However, the mountain streams, forests, bustling marketplaces, and Reclining Buddha, all add a sense of mysteriousness to the country.
The impression that Myanmar leaves are more than this. The second stop of the DynaFont Story series takes us on a journey to learn more about the artsy Burmese characters! 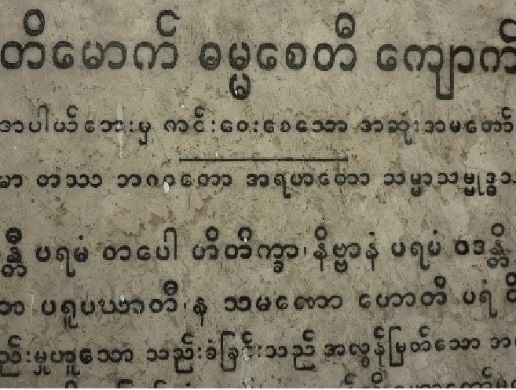 ▲Burmese classic
Burmese is an important language in Tibeto-Burman Languages within the Sino-Tibetan Languages. Currently, the standard for the language is the Yangon accent, which is used by approximately 32 million people within the area of Myanmar. The origin of Burmese characters is traced back to Myanmar in the 11th Myanmar. At the time, the Kingdom of Pagan had only recently unified the Myanmar area. The first issues that the ruling Burmese faced was how to promote Burmese culture to the people. This brought forth the idea of creating and standardizing characters.
The first thought that came to the mind of the king…​
Before the establishment of Burmese, the Pyu and Mon languages were widely used in the Myanmar area. When compared, the structure of Mon characters was much simpler than Pyu. In addition, the people of Burmese had long identified themselves with Mon culture. Therefore, Myanmar king Anawratha (1044-1078) naturally turned his attention to the Mon language.

Passing down characters through engravings​

The Myazedi Inscription (Note) erected in 1112 has the same content engraved in Pali, Mon, Pyu, and Burmese. From this inscription, we can see that the texts of the Myanmar area were not yet standardized. It was only until the period of Narapatisithu (1173-1210) that Burmese started replacing other languages in becoming the only official language.

Note: One of the most valuable inscriptions from the Kingdom of Pagan. Discovered near Bagan in 1911, the Myazedi Inscription contributed greatly to research on the history and language of Myanmar and is recognized as the beginning of Myanmar’s written history.

Burmese Special texts for artists!?
Burmese texts belong to the Brahmi system and are made up of phonetic alphabets. In the early days, Burmese were carved onto palm leaves with sharp pens, therefore, to prevent the leaves from breaking, the characters where written in circles which formed the unique appearance of Burmese texts. Burmese texts include 33 consonants while each consonant has an “a” vowel when individually pronounced. Burmese is written horizontally from left to right with each syllable centered on the consonant letter while the surrounding consonant symbols or vowel symbols make a syllable. There are no marks between syllables in Burmese. 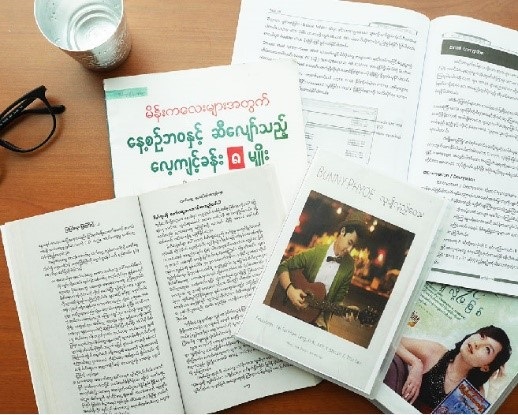 ▲Books and DVD in Myanmar

Below are a few examples of Burmese phrases: 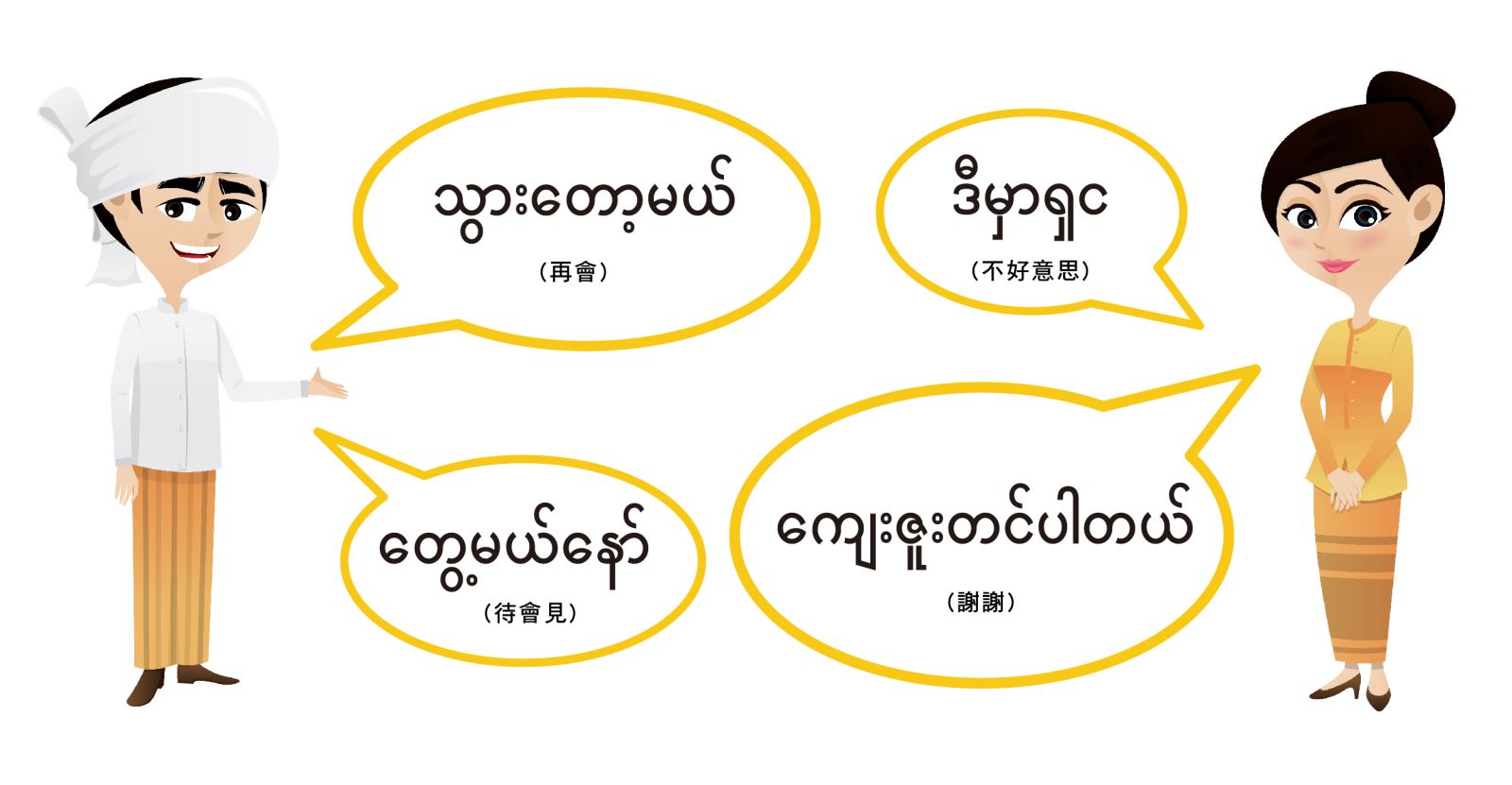 Burmese characters are made up of circles and semi-circles, giving an expanding visual impression that makes the reader tire easily. Therefore, the focus of design is centered on adjusting the curves and the recognizability of the fonts. Burmese is one of the more difficult characters to design. 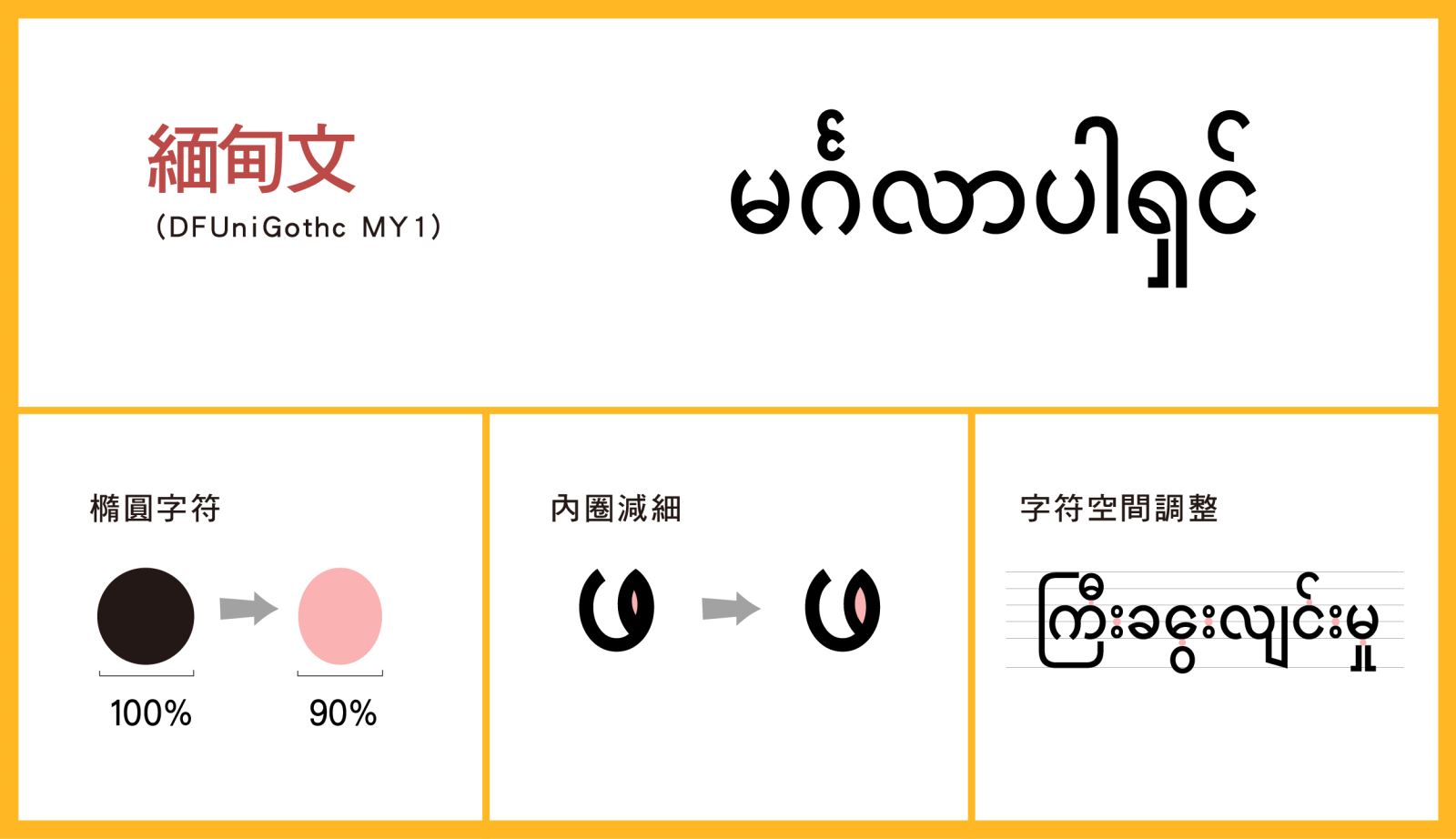 A Message from the font designer

★ There are eight main ethnic groups in Myanmar: Myanmar, Mon, Shan, Kachin, Kayah, Karen, Chin, and Rakhine. Apart from common texts, each has their own spoken and written language.
★ The Myanmar group was the first to create characters among the eight ethnic groups. Burmese is the commonly used language and the official language of Myanmar. Myanmar cultivated many renowned writers, historians, and poets.
★ The basis of Burmese pronunciation is similar to あ, い, う, え, and お in Japanese.
★ When researching Burmese, I was particularly interested in the fact that like the Twelve Zodiacs in traditional Chines culture, Burmese culture also has a similar tradition. However, the animal zodiacs of Myanmar are divided with weeks, with a representing animal for each day. In particular, there is a different animal for the morning and afternoon of Wednesday, therefore there are eight zodiacs in total. These eight animals not only represent different days of the week but also different positions and celestials, subtly representing the traditional world view of Myanmar. Burmese people are named with the day of their birth. Therefore, Burmese people are usually very clear about the day of the week that they were born on; for me, this is a very special aspect of Burmese culture.

The DynaComware DFUniGothic MY1 introduced in this article is specially designed for screens on smart phones and electronic home appliances. Embedded type services are available.