The 2016 LongXi NOVA, the major creativity award for the youth in the Chinese-speaking advertising world, was held in the School of Continuing Education of Chinese Culture University between June 24th and 27th. LongXi NOVA is a competition for the Chinese-speaking advertising world and is known as the Oscars of advertising. Participants are restricted to professionals in the advertising, media, public relations, and design industry who are under 30 years old. Each year, the event attracts bold and creative proposals.

DyncComware actively responded to this year’s event and provided brand stories as materials for participants. The theme for this year’s competition encourages participants to come up with creative ideas five years into the future of the sponsoring company. The jury is made up of several experienced creative directors from the Chinese-speaking advertising world. The jury members were responsible for guiding the young advertising professionals to put their ideas into practice. There were sixteen groups of contestants, eight of which were selected to put together proposals for DynaFont and to present unlimited ideas for the future of DynaComware.

DynaComware, the next media brand!?

The winner of the first prize and popularity award is Tsai Cheng Hung and Lin Kun Liang from Dentsu Taiwan. The team won the two prizes with “DynaComware New Media.” The team pointed out that despite DynaComware’s high market share, the brand’s profit is deeply affected by piracy. The proposal first pointed out the problem of piracy, then suggested a new profitable business model to resolve the problem: DynaComware New Media. This idea suggests that DynaFont develops into a form of media position, the “Free Position” is the space for collaborating with advertising companies that allow clients to purchase unique keyword ads, while the “Paid Position” is in possession of the entire DynaFont copyright and is not affected by ads. Five years from now, DynaComware will no longer only be a font company, but also a media company. 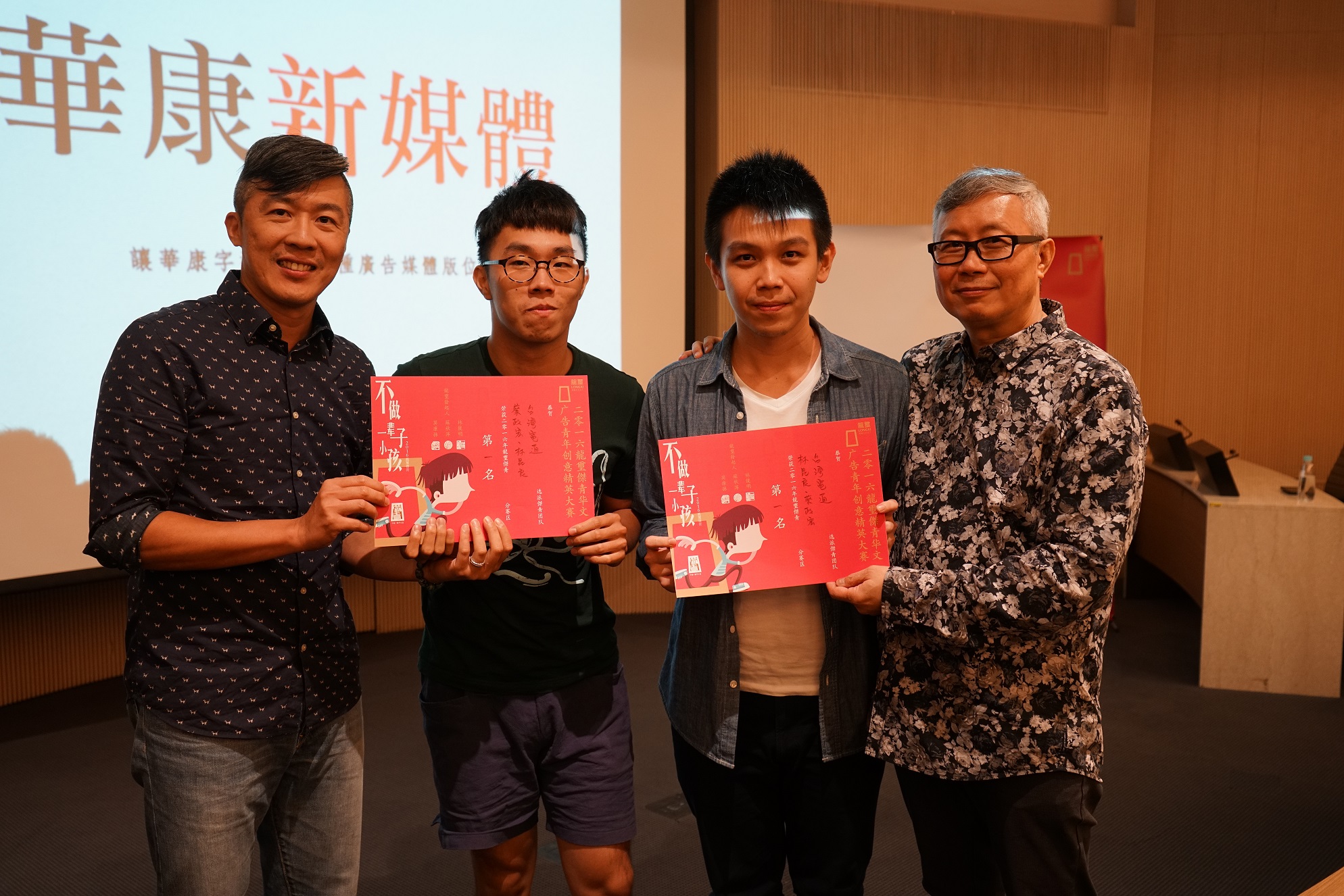 Fonts have the superpower of bringing warmth to the society!

Winner of third place is Yeh Hsuan Yi and Liu Shan Tsun from Dentsu Taiwan. The team extended from the brand story of DynaComware and proposed the “Beautiful Word Project,” centered around the concept that “characters makes the world a better place.” The team suggests that we “change the society through characters.” The “Beautiful Character Project” proposes a plan to sell fonts with monthly charges, encouraging people to say nice things to became the power to resolve problems concerning the environment, education, and cyberbullying. 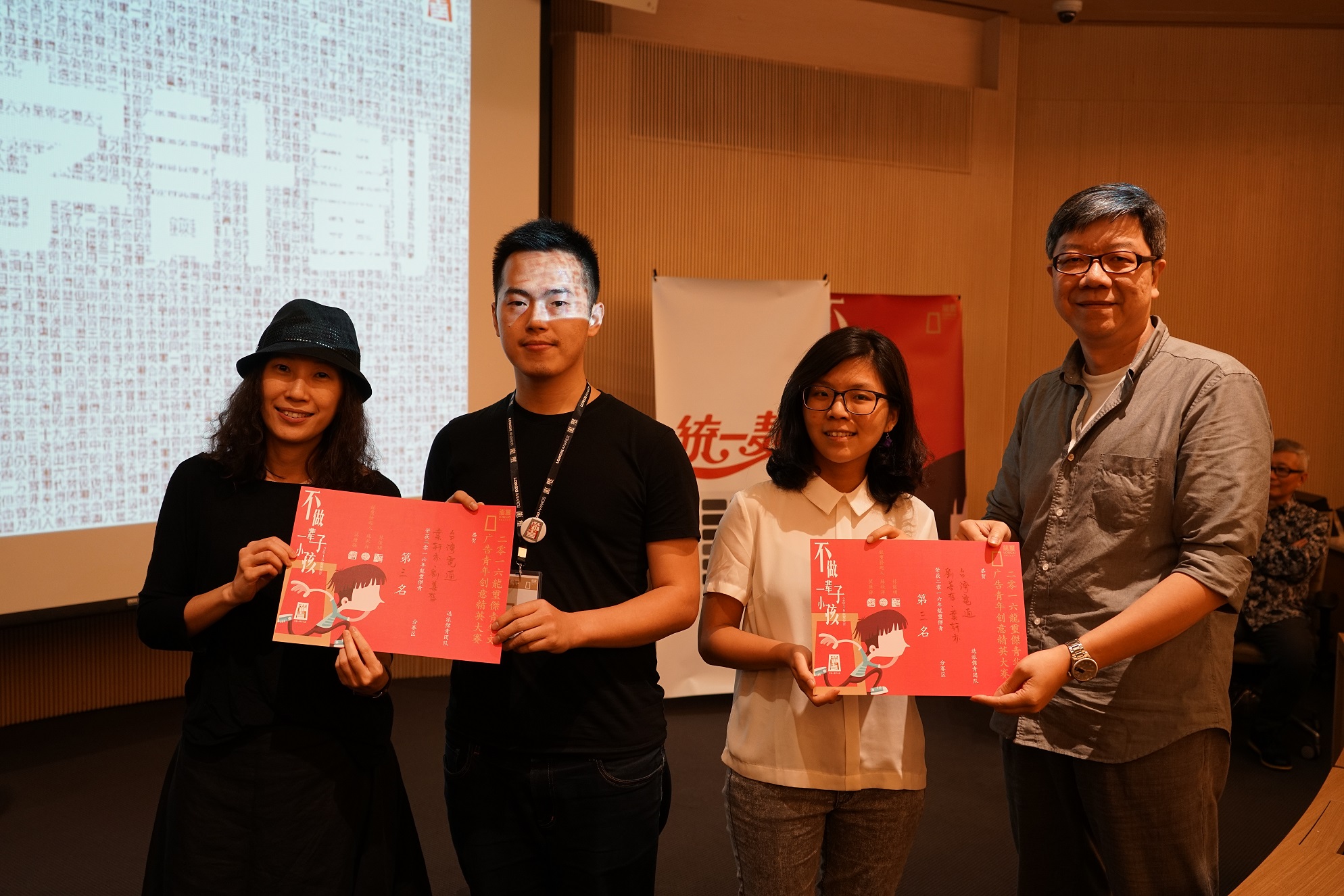 For instance, the project suggests using “Minus Word” to decrease the amount of words in disposable documents; saved fees can be donated to charity. In addition, “Word Donation” solves the problem of scarce resources in remote areas, while books are gifted to the areas. “Word Exchange” reduces the damage caused by cyberbullying. Backstage operations will determine the amount of “Beautiful Words;” the higher the amount of beautiful words, the higher the applied discount on the following monthly fee. However, if damaging words are used, not only will the fee for the following month increase, the words will also be automatically replaced with cute funny fonts, lowering the harm caused by words. DynaComware contributes to making the society a better place.

This year’s competition specially allowed two student groups to participate in the competition. Yang Wen Cheng and Chen Yu Ting were shortlisted for the finals for their progressive idea of “Complimentary Body-Sculpting Outfit with Each Font Purchase.” Although they didn’t win the prize in the end, their unconventional idea was impressive. The idea was inspired by the image of designers spending long hours in front of the computer, causing the body to get out of shape. The new brand idea of “DynaComware Body-Sculpting Outfit” conveys the concept of beauty outside the realm of fonts and onto the user. 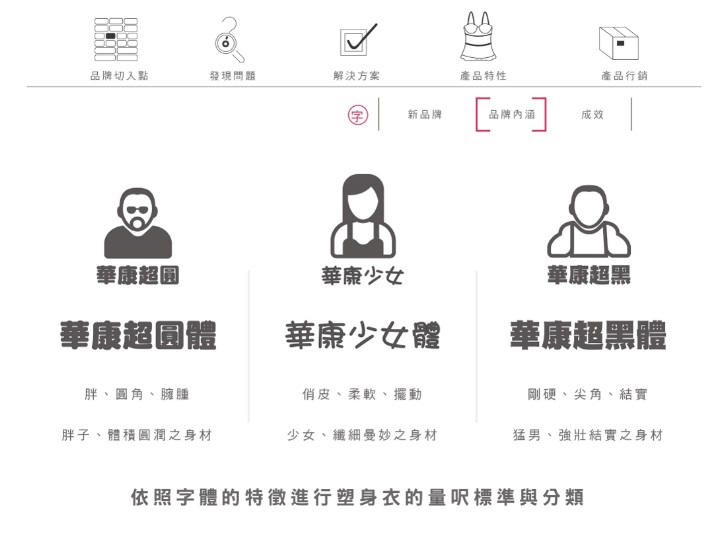 The practical strategy uses the body-sculpting outfit as a marketing method to encourage users to purchase genuine DynaFont products. Each box of product will come with a unique body-sculpting outfit that varies with the font to mold the figure of the user. With this idea, DynaFont breaks through conventional sales strategies and allows the user to choose their preferred body type while selecting the right fonts.

The winners of the top three prizes will face competition with top competitors from East China, Hong Kong, North China, southwest China, and South China at the end of 2016 for the top prize. The participants will gather together to come up with ideas to resolve problems with creativity.